Use of Hyperbaric Oxygenation Treatment in General Surgery 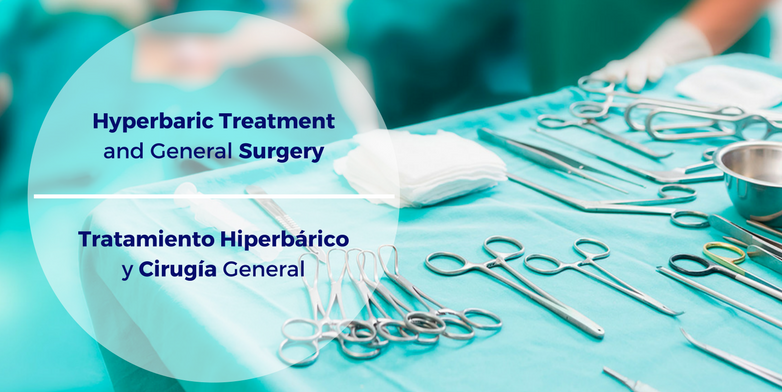 Hyperbaric Oxygenation Treatment has been applied since the 1930s. However, many people do not know its benefits.

This effect is reversible when the hyperpressure stops. The volumetric effect is due to the increase in partial pressure of O2 and is based on Henry’s Law, which states that breathing pure O2 in a hyperbaric environment produces a progressive increase of O2 in blood pressure, venous and tissue. To this volumetric effect causes most of the therapeutic benefits of hyperbaric oxygenation.

These were their conclusions:

There are no doubts about the indication of HBOT in those patients who develop a myomecrosis clostridialgangrena gaseosa.

It is very important to keep in mind that its application should not neglect or delay antibiotic and surgical treatment.

In vitro studies showed that hyperbaric oxygenation has a bacteriostatic effect, although this beneficial effect is inhibited by the presence of a catalase present in the blood and the devitalized muscle. To act optimally, it is necessary to debride the area and eliminate blood and necrotic tissue.

The opportune moment to administer the HBOT is fundamental. If it is easily available, its early use before surgery helps to discriminate healthy tissue and decreases the production of the toxin, so that the patient remains more stable hemodynamically.

If HBOT can not be started in the first 24 hours, initial surgical debridement should be performed first. The recommended protocol is two to three daily sessions of 90 min.

HBOT has a preferential indication in clostridial myonecrosis, although it should be used together with antibiotic treatment and debridement. Its use should be as early as possible. In necrotizing fasciitis it has a complementary indication to surgery and antibiotic treatment. In Crohn’s disease, the results indicate that hyperbaric oxygenation plays an important role, especially in very severe cases of perianal Crohn where other treatments have failed.