Use of hyperbaric oxygen in rheumatic diseases: case report and critical analysis 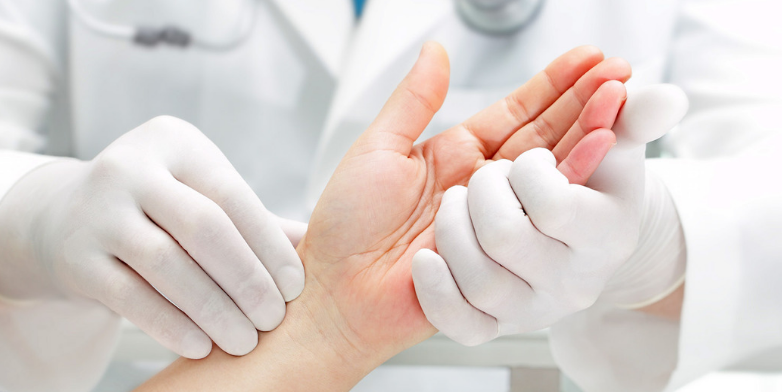 Hyperbaric oxygen has been used in patients with rheumatic disease for many years without reports of untoward or unusual complications for a variety of non-rheumatic indications. Recent evidence that hyperbaric oxygen inhibits the actions of certain cytokines, acts as an immune modulator and may help cognitive dysfunction has resulted in a re-examination of its potential role in rheumatic diseases. This is a case report of a lupus/scleroderma crossover patient whose cognitive dysfunction improved after hyperbaric oxygen therapy.

A 53-year old Caucasian woman flight attendant who was in her usual state of health until 1979 when she underwent thyroidectomy and inadvertent parathyroidectomy for Graves’ disease. In February 1980 her Heyer-Schulte saline breast implants (placed in 1977 for cosmetic purposes) were replaced with Cox-Uphoff silicone prostheses. She was well until 1986 when she presented to UCLA Medical Center with subcutaneous edema, Raynaud’s phenomenon, sclerodactyly, inflammatory arthritis, and erythematous rashes.

A work-up demonstrated an ANA of 1:40 (speckled), elevated sedimentation rates (averaging in the high 30s), and persistently decreased IgA levels. She was diagnosed as having lupus/scleroderma crossover, although the possibility of eosinophilic fasciitis was considered. (It was ultimately ascertained that she occasionally took L-tryptophan to sleep after long flights.) No disease-modifying therapy was given; supportive diuresis and nonsteroidal anti-inflammatory agents were prescribed.

Over the following 7 years, her ANA rose to 1:1280 (homogeneous), a positive IgG anticardiolipin antibody was found, and her course was complicated by pericarditis and supraventricular tachyarrhythmias. The latter two items were felt to be suggestive of cardiac scleroderma: anti-RNP was negative and her inflammatory arthritis subsided, sclerodactyly worsened and brawny subcutaneous edema persisted. By 1990, she was no longer able to work and went on disability.

In 1991 she was explanted with subjective improvement in her musculoskeletal pains. Although she had intermittent myofascial tender points in her upper back and neck area, the ACR criteria for fibromyalgia were never fulfilled. Sinus surgery performed in 1993 incidentally revealed silicone granulomas in her sinuses. The patient began complaining of cognitive dysfunction and extreme fatigue by 1990 which did not improve with explantation.

She underwent 15 treatments over 3 weeks of hyperbaric oxygen with 1.5 atmospheres for 30 mm at a freestanding facility without complication in February 1994. Immediately afterward, her cognitive abilities subjectively improved. She applied for reinstatement with her airline and took a 3-week in-flight retraining course, graduating at the top of her class. Nine months later, on 11 October the SPECT scan was repeated at the same facility.

The original abnormalities were still present, but an overall 3-6% improvement of tracer distribution was evident. In the left occipital lobe and left and right superior parietal lobes, approximately 12% improvements were noted. At that time her ANA was 1:1280 (homogeneous), Westergren sedimentation rate 5 mm/h, and she was a senior flight attendant on the Los Angeles-Hong Kong route for her airline, making three round trips a month.

Animal models of autoimmune disease and normal mice are conducive to hyperbaric oxygen studies. Hyperbaric oxygen might be useful in combination with other therapeutic modalities. Systemic lupus erythematosus (SLE) is an autoimmune disorder that afflicts several hundred thousand Americans. Nearly half manifest similar cognitive deficits that do not respond to Corticosteroids. In the past few years, the development of single photon emission computerized tomography (SPECT) has shown hypoperfusion abnormalities bitemporally and bifrontally in patients with SLE and, incidentally, with fibromyalgia/chronic fatigue syndromes. This reasonably safe procedure (hyperbaric oxygen therapy) might have potential heretofore unrealized applications to patients with rheumatic disease.