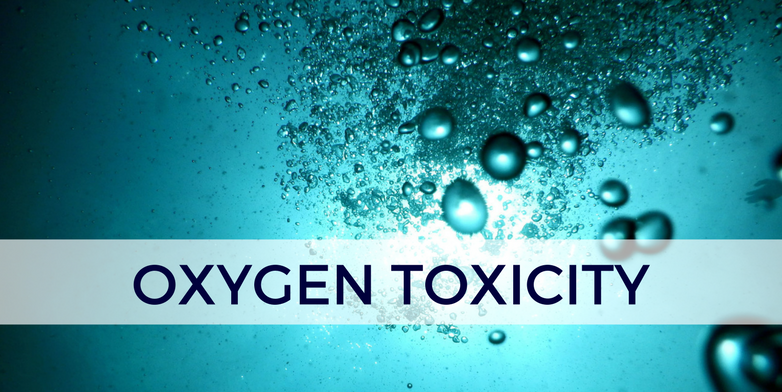 Oxygen toxicity is due to prolonged exposure to hyperoxia conditions. It can affect various systems and / or tissues, depending on these effects and on their susceptibility to O2. In patients undergoing treatments with Hyperbaric Oxygen, toxicity is extremely rare with pressures below 2 ATA.

Pulmonary: characterized by respiratory distress and chest pain, which occurs when breathing high concentrations of oxygen for long periods of time

Toxic effects on other tissues: episodes of hemolysis with abnormal red cell morphology with or without decreased hematocrit. These episodes can be observed after a high pressure hyperbaric session for periods of more than 90 minutes.

The original description refers that the central nervous system toxicity occurs at oxygen pressures above 3 ATA. However, it can occur at lower pressures if the exposure is very long (2 to 3 ATA for more than 2 hours). Although the first manifestations are variable, involuntary contractions of the perioral and small muscles of the hand are a fairly constant characteristic. Intense peripheral vasoconstriction due to hyperoxia and diaphragmatic spasm can result in facial pallor and respiratory distress. If exposure to hyperoxia is continued, vertigo and nausea may occur followed by changes in behavior, clumsiness, and finally seizures.

The seizures are usually tonic-clonic. The factors that aggravate the CNS toxicity are increased pCO2, stress, fatigue, cold and deficiency of trace elements such as selenium, zinc and magnesium.

It may occur after prolonged exposure to oxygen at 0.5 ATA. The symptoms appear after a period of latency where duration decreases with the increase in pO2. The first signs of toxicity appear after 10 hours of oxygen (100%) at 1 ATA. Prolonged and / or high concentrations of oxygen can damage the pulmonary epithelium, inactivate the surfactant, produce intra-alveolar edema and interstitial thickening, later fibrosis and atelectasis.

Three phases can be identified:

Inspiring 100% oxygen can be tolerated at sea level approximately 24-48 hours without any serious tissue damage. It can be observed a slight irritation in the oropharyngeal mucosa after 3-6 hours of exposure to 2 ATA of oxygen, irritation and intense cough after 10 hours, and finally chest pain and dyspnea with even greater exposure. In most patients, these symptoms disappear 4 hours after cessation of exposure.

Reversible constriction of the peripheral field of vision, a progressive but reversible myopia, and the formation of cataracts.

At treatment pressures below 2 ATA, the chances of producing oxygen toxicity are very low. In particular, at pressures of 1.4 ATA, the time of exposure to Oxygen to be at risk of toxicity exceeds the time of the sessions, even if 2 or 3 daily sessions of 90 minutes are indicated.