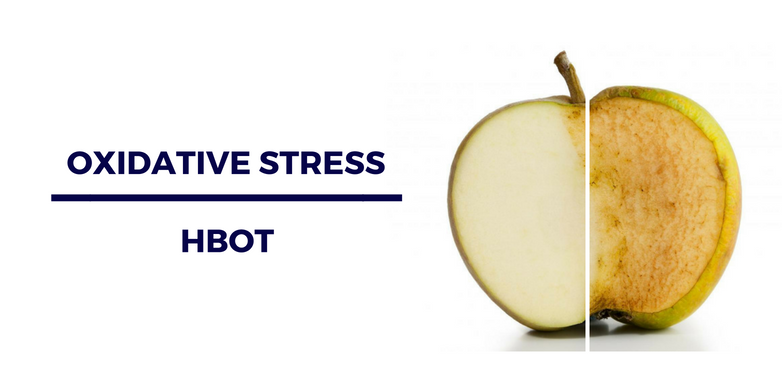 For this reason hyperbaric oxygenation could produce acute or neurological poisoning when breathing at pressures above 3 ATA described by Paul Bert, in 1878; or chronic or pulmonary intoxication when it is prolonged to its exposure in an atmosphere of pure oxygen described by Lorrain Smith, in 1899, (cited by Pérez Pérez). Then, it is a therapy whose range of application is determined by the maximum pressure reached, the duration of inhalation and the frequency and total number of exposures.

After Hyperbaric Oxygenation Treatment (HBOT) there is a tendency to increase levels of Nitric Oxide (NO). The NO can produce both beneficial and harmful effects depending on its concentration. When the values are low, the NO acts as a cellular messenger regulating a multitude of signaling pathways. In high concentrations, it facilitates cell damage through the formation of cytotoxic compounds such as peroxynitrite, generated in the reaction between NO and superoxide anion.

At dose, frequency, duration and total number of adequate exposures, HBOT in the absence of physical exercise, according to Batle, does not induce significant changes in the blood count or in the biochemistry; however, it is sufficient to increase the ability to produce reactive oxygen species (ROS) and activate antioxidant defenses in lymphocytes. The cellular response to hyperbaric oxygenation has been studied mainly in animal models and has recently begun to be studied in humans.

It has been suggested that a HBOT session may represent a good model for the investigation of oxidative stress in humans without there being any pathological process. Therefore, it has been detected that a session of HBOT in healthy individuals induces important modifications of the functions of the polymorphonuclear cells such as a decrease of the chemotaxis and an increase in the production of H2O2 and in the phagocytosis, as well as a slight increase in the antioxidant status of plasma. Also, after a session, the appearance of oxidative damage in DNA bases was detected as well as breaks in the DNA chain. This damage at the DNA was detected only after a first hyperbaric session, but not after the application of successive treatments, indicating an increase in antioxidant defenses and an adaptive response.

Other studies have shown that blood cells taken from individuals exposed to HBOT were completely protected against the induction of oxidative DNA damage induced by the administration of H2O2. Several studies from the same research group showed that this adaptive response could be due to the induction of the enzyme heme-oxygenase-1 (HO-1), responsible for the degradation of the heme group and whose reaction products are bilirubin, ferrous ion and monoxide of carbon. HO-1 is an enzyme highly inducible by agents that cause oxidative stress, and it seems to have an important role in the increase of cellular resistance against stress and oxidative damage.

The justification of HBOT as a therapeutic modality consists in triggering the following positive effects in the organism:

1) Oxidation, a process in which approximately 80% of the oxygen we breathe is consumed, is carried out at the mitochondria and its objective is the production of ATP by the cells, this effect is purely antihypoxic.

2) Oxygenation, direct action of oxygen in the synthesis and degradation of compounds, such as biogenic amines, catecholamines, histamines, xenobiotics, etc., which favors their formation or degradation, as the case may be; or acts in reparative processes, by stimulating fibroblasts and collagen, osteogenesis and neovascularization.

4) Strengthens the action of some antibiotics such as: aminoglycosides, vancomycin and sulfonamides.

5) Hemoreological effect acting in a very similar way to Pentoxiflina, improving the rheological characteristics of blood flow, inhibiting platelet aggregation and reducing hyperviscocity of the blood.

In a study conducted by Davis, it was reported 70% success in diabetic patients who presented lesions refractory to conventional treatment and who received HBOT.