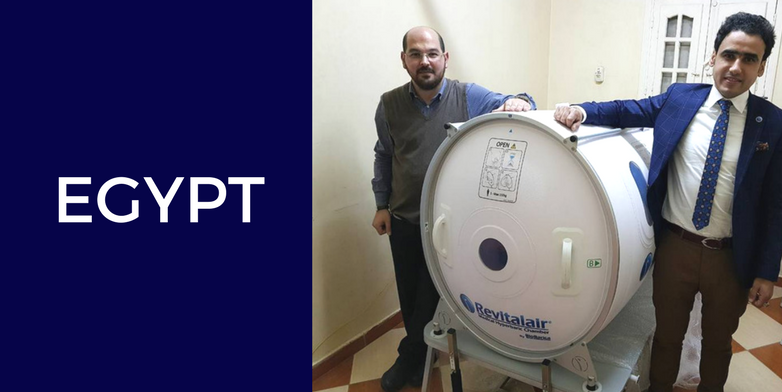 BioBarica opened a new center in Egypt. Ibrahim Shehata, sales coordinator of the region, was present at the installation of the hyperbaric chamber and offered training to the staff that operates the unit in which an average of 10 patients are treated daily.

Hyperbaric chamber treatment is a non-invasive method that consists of supplying air and oxygen under pressure in a pressurized cabin at 1.4 atmospheres (ATM). The normal ambient atmospheric pressure is 1 ATM. This type of therapy works under Henry’s law, which says that gases are diluted in liquids when they are under pressure.

HBOT is applied in the rehabilitation of muscle and postsurgical injuries, patients with stroke or neurological damage; ulcers, wounds or diabetic foot, migraines and fibromyalgia, among other pathologies.