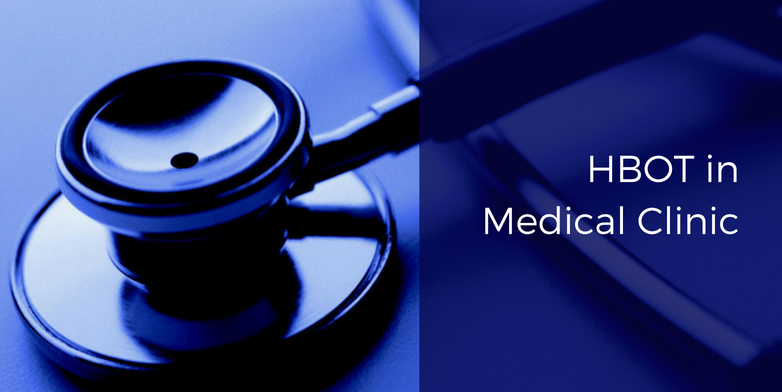 Hyperbaric Oxygenation Treatment is widely used in the treatment of inflammatory base pathologies, such as those affecting bone tissues, motor apparatus, connective tissue and joints. These rheumatic diseases are usually treated multidisciplinary through therapeutic strategies to reduce inflammation, pain and improve the quality of life.

In hypoxic situations, low pO2 is responsible for cellular damage and alterations in perfusion. Under hypoxic conditions, angiogenesis becomes slower and even nil, decreases the function of fibroblasts and the formation of collagen is compromised. At the cellular level, hyperoxia solves all these functions, since they are dependent on O2. HBOT plays an important protective role during ischemia situations, through the action of hyperoxia by reducing lipo-peroxidation in ischemia-reperfusion processes.

Chronic pain is a difficult clinical problem, for which the use of Hyperbaric Oxygenation Treatment showed promising results. Several scientific studies show that HBOT is useful to treat headaches, fibromyalgia, complex regional pain syndromes and neuralgia. Exposure to OHB, by modulating inflammation and oxidative stress, triggers an analgesic and anti-nociceptive effect.

In patients with fibromyalgia syndrome (FMS) and chronic fatigue, as in cases of lupus, alterations in cerebral perfusion were detected, which could be treated and improved thanks to the use of HBOT. In addition, in FMS, migraine and other pathologies with pain, areas of local hypoxia were detected in the painful regions, with pO2 values and vascular density lower than the physiological ones. Particularly, in patients with FMS, Hyperbaric Oxygenation Treatment can improve symptoms and quality of life, thanks to the improvement in perfusion (SPECT) and normalize activity in brain areas related to pain.

On the other hand, patients with chronic fatigue are unable to fulfill their work, social and family responsibilities, and lack effective specific treatment. Hyperbaric Oxygenation Treatment decreases the severity of symptoms, favors well-being, improves performance and quality of life, measured through validated questionnaires. In relation to physical and muscular performance, it was also observed that OHB increases energy production and its deposit in muscle tissue and prevents fatigue.

Crohn’s disease (CD) is a complex pathology, with an autoimmune and inflammatory base, which can be complicated by infections of the perineal region. In the treatment of CD, Hyperbaric Oxygenation Treatment increases the oxygenation of inflamed and infected tissues, in which it favors tissue repair and control of infection by stimulating phagocytosis by leukocytes. In Crohn’s disease and other inflammatory digestive diseases, such as irritable bowel syndrome and ulcerative colitis, HBOT relieves symptoms by exerting an anti-inflammatory effect by decreasing cytokine production and reducing neutrophil adhesion.

Finally, Hyperbaric Oxygenation Treatment is used in the treatment of pathologies that affect the auditory apparatus, such as sudden deafness and tinnitus, for the increase in ppO2, the concentration of O2 and improve microcirculation in the inner ear. The use of HBOT as an adjuvant to conventional treatment was shown to be effective in improving symptomatology and hearing in recently diagnosed patients, by correcting hypoxia and cochlear microcirculation.

In incapacitating pathologies such as rheumatoid arthritis (RA), characterized by the presence of pain and deterioration of quality of life, the use of Hyperbaric Oxygenation Treatment could favor the relief of pain and the reduction of joint inflammation. The relief of the disease by the action of HBOT can be produced by an increase in the enzymatic antioxidant capacity, which favors a decrease in lipid peroxides. For example, the treatment of patients with RA with Hyperbaric Oxygenation Treatment results in good clinical outcomes, both immediately and in the long term, thanks to the relief of systemic symptoms and the modulation of the immune response.

In other rheumatic diseases, with an inflammatory and auto-immune component, such as systemic lupus erythematosus (SLE), it was observed that Hyperbaric Oxygenation Treatment is capable of inhibiting the action of some pro-inflammatory cytokines, acting as an immune modulator. In patients with SLE, fibromyalgia syndrome (FM) and chronic fatigue, alterations in cerebral perfusion were detected, which could be treated and improved thanks to the use of HBOT, improving cognitive dysfunction as well.