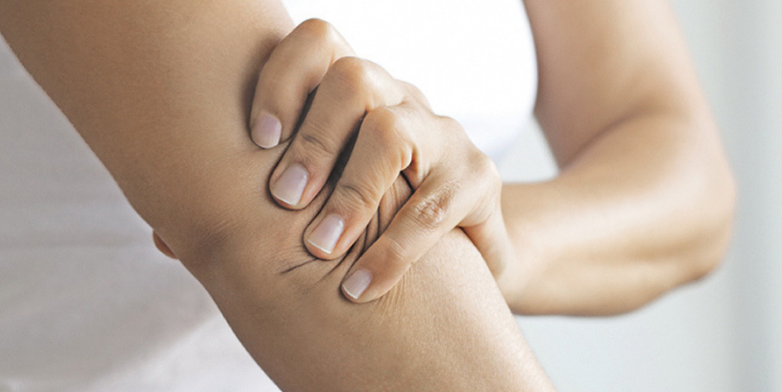 Fibromyalgia Syndrome (FMS) is a persistent and debilitating disorder estimated to impair the quality of life of 2–4% of the population, with a 9:1 female-to-male incidence ratio. FMS is the second most common disorder, after osteoarthritis, observed by rheumatologists [1]. The defining symptoms of FMS include chronic widespread pain, intense pain in response to tactile pressure (allodynia), prolonged muscle spasms, weakness in the limbs, nerve pain, muscle twitching, palpitations, and diffuse tenderness, along with fatigue, sleep disturbance, and cognitive impairments.

These impairments include problems with short- and long- term memory, short-term memory consolidation, impaired speed of information processing, reduced attention span and limited multitasking performance. FMS is a persistent disorder with symptoms that have a devastating effect on people’s lives, including limited ability to engage in everyday activities, limited ability to maintain outside work and difficulties to maintain normal relationships with family, friends, and employers. These limitations can lead to the occurrence of anxiety and depression in many FMS patients.

The level of pain sensation is determined by the relevant sensors recording at the location of the pain and by the processing of that information in the brain. Comparison between SPECT imaging of FMS patients and healthy subjects revealed elevated activity in the somatosensory cortex and reduced activity in the frontal, cingulate, medial temporal and cerebellar cortices. These results are in agreement with earlier studies based on fMRI imaging.

Other fMRI studies found that depressive symptoms were associated with the pain response in areas of the brain that participate in interpretation and assignment of the pain sensation, but not in areas involved in sensory processing of the input signal. These findings might indicate that the amplified pain sensation in FMS patients is largely associated with the higher-level processing of information in the brain.

However, there is an ongoing controversy, in which many rheumatologists take the opposite stand on this issue. As Efrati explains, the pain amelioration in those patients who responded to the HBOT treatments goes hand-in-hand with changes in brain activity—provide important validation to the idea that in many of FMS patients the syndrome is associated with abnormal pain processing in the brain. This is opposed to the stand shared by other rheumatologists, according to which FMS is a sort of peripheral small fiber inflammation.

It is likely that the latter is the cause of FMS in some patients. However, a claim that it is the only cause stands in contradiction to a wide body of literature. For example, it fails to explain why FMS appears in many patients following a traumatic brain injury. Studies of brain metabolism using single-voxel magnetic resonance spectroscopy found abnormalities within the hippocampal complex in patients with fibromyalgia.

Since the hippocampus plays crucial roles in the maintenance of cognitive functions, sleep regulation and pain perception, it was suggested to associate the hippocampal metabolic dysfunction with these symptoms in FMS patients. The evidence suggests that the pain in fibromyalgia results primarily from abnormalities in pain processing pathways, which may be described as the “volume” of the neurons set too high, and this hyper-excitability of pain processing pathways and under-activity of inhibitory pain pathways in the brain result in pain experienced in the affected individual. Since some of the neurochemical abnormalities that occur in fibromyalgia can also regulate mood, sleep, and energy, it might explain why mood, sleep and fatigue problems are commonly co-morbid with fibromyalgia.

Efrati directed a study to provide a firm evaluation of the HBOT effect on brain activity and well-being of FMS patients and to look for correspondence between changes in brain activity as assessed by SPECT imaging and improvements in the FMS symptoms.

After signing an informed consent form, the patients were invited for baseline evaluation. Included patients were randomly assigned to two groups (1:1 randomization): a treated group and a crossover group. Study endpoints included assessments of tender point count, pain threshold, functional impairment (Fibromyalgia Impact Questionnaire—FIQ), symptom severity (SCL-90 questionnaire) and Quality of life (SF-36 questionnaire). In addition, the study endpoints included assessment of brain activity according to SPECT imaging. Evaluations were made by medical and neuropsychological practitioners who were blinded to patients’ inclusion in the control-crossover or in the treated groups.

Patients in the treated group were evaluated twice – at baseline and after 2 months of HBOT. Patients in the crossover group were evaluated three times: baseline, after 2 months control period (no treatment), and after subsequent 2 months of HBOT. The post HBOT evaluations, as well as the SPECT scans, were done more than 1 week (1–4 weeks) after the end of the HBOT protocol. The following HBOT protocol was practiced: 40 daily sessions, 5 days/week, 90 minutes each. Patients were not involved in any other rehabilitation or pain intervention as part of the study protocol.

It was a prospective active control, clinical trial of evaluating the effect of HBOT on female patients of ages 21–67 with chronic FMS. The time elapsed from FMS diagnosis to study recruitment was 2–22 years (mean 6.5 years). A crossover approach was adopted in order to overcome the HBOT inherent sham control problem (see discussion further below). The participants were randomly divided into two groups. One, the treated group, received two months of HBOT; the other, the control group, was not treated during those two months and received treatment in the following two months.

The advantage of the crossover approach is the option for a triple comparison – between treatments in two groups, between treatment and no treatment in the same group, and between treatment and no treatment in different groups. The changes in all measures (pain threshold, number of tender points, FIQ, SCL-90, and SF36) were assessed by detailed computerized evaluations and were compared to changes in brain activity obtained by SPECT imaging. The HBOT in both groups led to similar significant improvements. No significant changes were detected during the non-treatment period in the crossover group. These results are in agreement with earlier findings by Yildiz et al. Analysis of brain imaging showed significantly increased neuronal activity after a two-month period of HBOT, compared to the control period.

HBOT led to a significant reduction in the number of pain points in both groups. This improvement was given after 40 sessions.

This study provides evidence that HBOT can improve quality of life and wellbeing of many FMS patients. It shows for the first time that HBOT can induce neuroplasticity and significantly rectify brain activity in pain-related areas of FMS patients. Additional, studies are required to find the optimal dose-response curve and the optimal time of treatment. Since there is currently no solution for FMS patients, and since HBOT is obviously leading to significant improvement, it seems reasonable to let FMS patients benefit from HBOT, if possible, now rather than wait until future studies are completed.