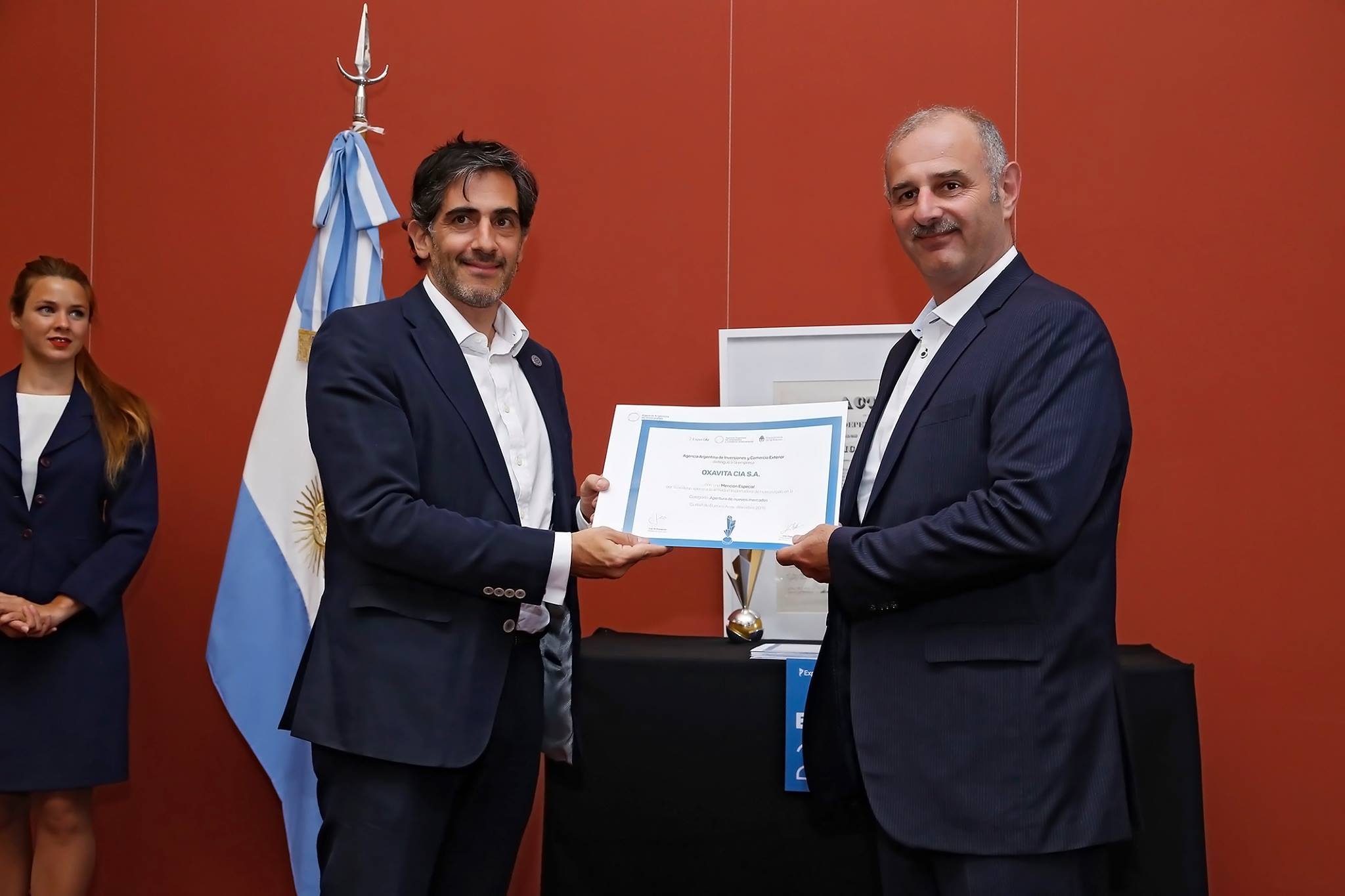 The Argentine Investment and International Trade Agency presented the 2016 Export Award and BioBarica obtained a special mention in the category “Opening new markets”. The event, which took place in the Hall of the Indigenous Peoples of the Government House, awarded to 11 other companies and national institutions for their achievements in the field of export during this year.

BioBarica is credited with this award thanks to its entry into the European and Middle Eastern markets: During 2016 we opened 20 medical centers in Europe and we have great expectations of continuing to grow. While projection in the Middle East – with presence in Iran, Iraq, Kuwait, Dubai and Saudi Arabia – is to double production in 2017.