BIOBARICA WILL INAUGURATE NEW CENTERS IN 2018 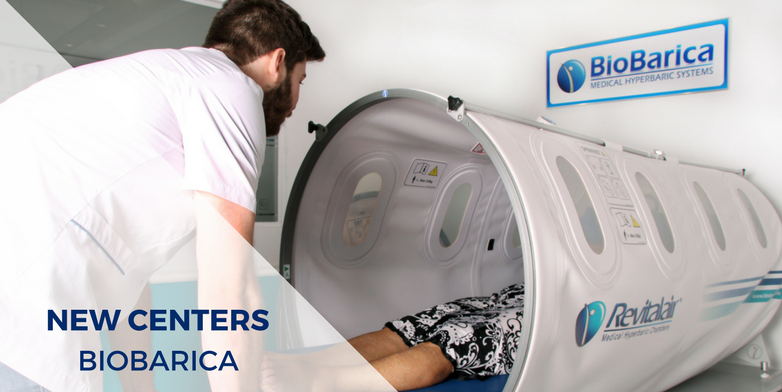 Soon, three new BioBarica centers will open their doors. These are Paraná, Villaguay and Vicente López, who join the largest hyperbaric treatment network in Argentina.

Paraná and Villaguay join Concordia and Concepción del Uruguay to complete four care centers in the Entre Ríos Province. Vicente López will have the third center in Buenos Aires, where the main headquarter is located and there is another center in Viaamonte.

Currently BioBarica has 17 service centers throughout the national territory and presence in more than 25 countries around the world.

Treatment with Hyperbaric Oxygenation is a non-invasive method that consists in supplying air and oxygen under pressure through a Hyperbaric Chamber, cabin or pressurized vessel at 1.45 atmospheres (ATM), higher than the normal atmospheric atmospheric pressure that is 1 ATM.

The operating principle is Henry’s law, which says “gases are diluted in liquids when under pressure”. We understand how a hyperbaric chamber works by observing a bottle of aerated mineral water.

In the closed bottle and under pressure, there are no bubbles. In this condition, the water is at 1.1 atmospheres of pressure (ATM), obtaining by Henry’s law that the gas is diluted in the water under pressure. When you open the bottle, bubbles appear due to lack of pressure.

Our blood is liquid and the hyperbaric chamber is like a container, where we enter and pressurize to 1.45 ATM. Breathing oxygen, we dilute this gas in the blood, several times increasing the O2 in the tissues and resulting in a significant Hyperoxia and its extensive chain of benefits.

The sessions in the Hyperbaric Chambers should be relaxing and pleasurable. You should enter with comfortable clothes, without shoes and with the elements that one considers appropriate to feel comfortable, such as pillows, blankets, music or books. The duration of each session may vary.

Currently there is a consensus among specialists that they must last 60 to 90 minutes in Hyperbaric Chambers of less than 1.5 ATA with a frequency between 2 to 6 times per week. The return to normal values of oxygen concentration in the blood is not immediate.

A session in Hyperbaric Chamber does not act as a remedy. It has a certain half-life. Therefore, the more sessions, the better results. The duration and frequency of the sessions should be indicated by specialized professionals to obtain maximum efficiency in a treatment.