Homeespañol ingles eslovaco 5 questions about fibromyalgia: What are your symptoms and how is it treated?

5 questions about fibromyalgia: What are your symptoms and how is it treated? 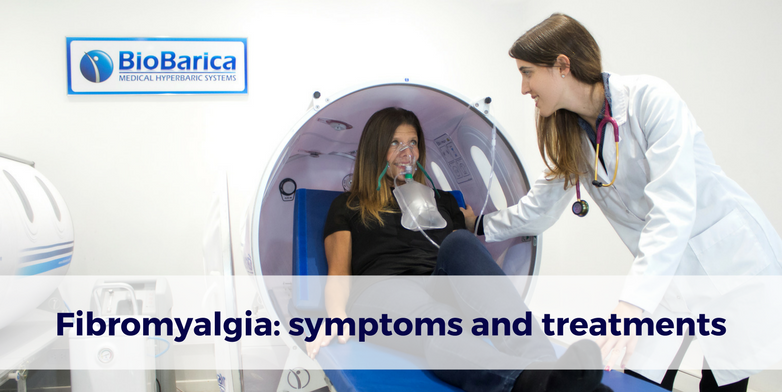 It affects the quality of life of 2.4% of the world population, having a greater incidence in women. At present and after many years of skepticism it is accepted as a disease.

Fibromyalgia is a persistent and debilitating disorder that was underdiagnosed for a long time. Even in some cases patients, either due to ignorance or personal reasons, may have minimized and not informed physicians about their symptoms. Also, a large part of the medical community remained skeptical many times due to the lack of clinical markers for its diagnosis, the poor understanding of the cause of origin or the mechanisms involved.

In recent years, the worldwide acceptance of fibromyalgia as a disease has grown. This allowed great advances in the understanding of its mechanisms. Therefore, it is important to understand that it is a disease that requires a good association between the patient and the health team to achieve the best result.

It is estimated that fibromyalgia affects the quality of life of 2.4% of the general population, with a higher incidence rate among women. According to the study “The Science of Fibromyalgia” published in 2015, the incidence in countries like the United States is 2 to 5% of the adult population.

In the majority of patients, it usually occurs through generalized musculoskeletal pain. The pain may be diffuse or multifocal, and its intensity fluctuates over time. Patients also often complain of symptoms similar to those of rheumatoid arthritis, such as morning stiffness and swelling of joints or limbs. Other common symptoms include fatigue, reduced energy and disturbed sleep. Also, some patients may have problems with concentration, attention, memory, bad mood and even feeling depressed.

The new diagnostic criteria aim to focus on the generalized pain index, considerating also the presence and severity of symptoms. A correct intervention of the doctor implies a complete physical examination, including the orthopedic and neurological examination, which will allow to reveal signs of neurological alterations or disorders with symptoms in common with fibromyalgia. It will always be necessary to rule out a systemic inflammatory disorder, kidney and liver failure, hypothyroidism and other diseases, as well as the presence of antibodies associated with rheumatological inflammation, says Liliana Jordá- biochemistry of BioBarica.

Many researchers agree that it is the result of alterations in the central nervous system (CNS) that increase sensitivity to pain. Fibromyalgia is a representative example of CNS sensitization and is associated with abnormal brain activity.

The development of the disease is also attributed to the presence of genetic factors, although they have not been confirmed, but could explain the predisposition of some people to develop this disease. For example, in Spain a “DNA bank” of patients with fibromyalgia and their first-degree relatives has recently been created to try to identify the genes that could be key in the development of the disease.

Given its complexity, it is multidisciplinary and usually involves different guidelines, with the aim of alleviating the symptomatology, reducing pain and fatigue.

Not all treatments are equally effective for all patients. In fact, one of the main objectives of health professionals is to find the most effective treatment, pharmacological or non-pharmacological, depending on the individual characteristics of each patient.

Treatment with Hyperbaric Oxygenation (HBOT) is a non-invasive method that consists of supplying oxygen at high concentrations in a pressurized hyperbaric chamber at a minimum of 1.45 ATM atmospheres. The person breathes 100% oxygen through a mask. This gas is transported to the blood, and manages to reach even damaged tissues.

For fibromyalgia, this treatment improves the oxygenation and functionality of the tissues and also reduces swelling and edema. The availability of large amounts of oxygen that causes HBOT slows down the loss of fluids out of the blood vessels and reaches the damaged areas.

It is very useful to treat patients with Fibromyalgia because due to the anti-inflammatory effect, pain is greatly relieved.

Some of the benefits of this treatment are:

Since 2018 the University of Valencia, the FIVAN Foundation and BioBarica are developing a clinical trial that evaluates the efficacy of hyperbaric oxygenation treatment using Revitalair technology in patients with fibromyalgia.

It will be beneficial for the patient because it is evaluating the reduction of pain, anxiety and fatigue, improving sleep and therefore the quality of life of the patient.